This post was originally published on The Voice of AAF DC on February 1, 2019. 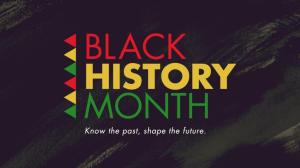 Beginning in 1926, first known as “Negro History Week,” Black History Month has been observed every February in Canada and the United States (October in the United Kingdom and the Netherlands). It began as a way to remember important people and events in the history of the African diaspora. From the event’s initial phase, the primary emphasis was placed on encouraging the coordinated teaching of the history of American blacks in the nation’s public schools.

The first celebration of Black History Month took place at Kent State University from February 1, 1970 until the end of the month. It would be six years later before President Gerald Ford nationally recognized Black History Month, sparking celebrations all across the country in educational institutions, centers of Black culture and community centers.

Much has been written about the men and women who shaped the field of advertising. However, the contributions of African-Americans to the advertising business have largely been omitted from these accounts.

The phrase “Mad men” was a slang term coined in the 1950s by advertisers working on Madison Avenue, where the explosive growth of advertising agencies happened. A number of trailblazing African-American men and women launched their careers during the Mad Men era and went on to have prominent, long-lasting careers. Starting in the mail-room and as secretaries, they worked their way through the ranks of major advertising agencies. They achieved the first managerial positions for African-American’s, created timeless advertisements that stuck in the minds of consumers, and even established successful agencies of their own.

The campaign, #adding2bhm, is a hashtag used to follow the stories of the African-American MAD men and women who pioneered the advertising industry. Throughout the month of February, AD 2 DC will be chronicling the stories of 8 industry mavens, in 280 characters or less, who have ‘added’ to Black History, changed the way we think of advertising, and continue to open doors through their steps and contributions.

The hashtag is derived from a larger campaign story, #adding2diversity that AD 2 DC uses to share content with industry news focused on diversity and inclusion. #adding2diversity is an ongoing campaign that members are encouraged to use past Black History Month.

One thought on “#adding2bhm: A Social Media Campaign for Black History Month”